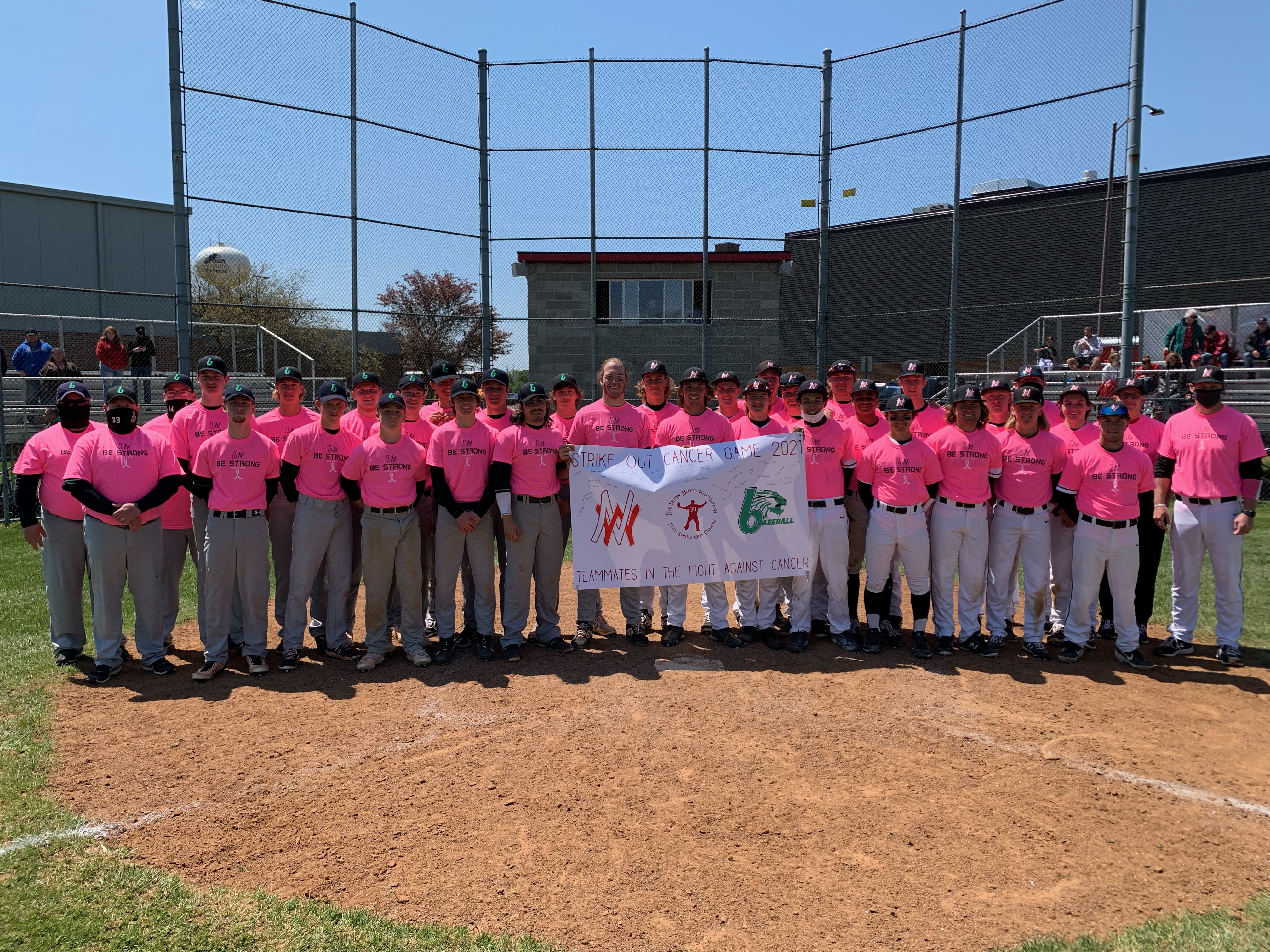 The seed for the Jason Motte Foundation was planted in the fall of 2010 when Jason
Motte and his wife, Caitlin, asked, “what can we do to help?” At the time, Caitlin’s
grandfather was a cancer patient. That simple question led to the formation of their
Strike Out Cancer Foundation. In 2013, Jason enlisted the help from players on all 30 MLB
teams to join in the fight. The mission of the Jason Motte Foundation is to provide
comfort and care where there is a need for those affected, either directly or indirectly, by
cancers of all kinds.

NorthWood Baseball has made it a mission to strikeout cancer over the last few seasons,
raising nearly $12,000 in donations for the Jason Motte Foundation. NorthWood and
Bremen Baseball dedicated the game to all who’ve been affected by cancer
and played in honor of them.

During the game fans were able to sign the banner with names of those who they wanted to honor. There was also a collection taken to donate to the Jason Motte Foundation and their work. Just over $300 was raised in between the 4th and 5th innings.

If you are interested in donating on behalf of NorthWood, go to Jasonmottefoundation.org and select NorthWood High School Baseball on the drop down menu.

Once it was game time, Bremen got on the board in the first inning when Landon Kemp induced a fielder’s choice, but one run scored.

NorthWood Panthers evened things up at one in the bottom of the second inning when Trever Klotz singled on a 3-2 count, scoring one run.

NorthWood Panthers pulled away for good with two runs in the third inning. In the third Cole Davis singled on a 1-0 count, scoring two runs.

Kemp took the win for NorthWood. Kemp surrendered two runs on two hits over three innings, striking out three. Logan Balasa and Isaiah Yoder entered the game out of the bullpen and helped to close out the game in relief. Yoder recorded the last out to earn the save for NorthWood.

NorthWood Panthers had seven hits in the game. Davis and Gongwer all managed multiple hits for NorthWood.