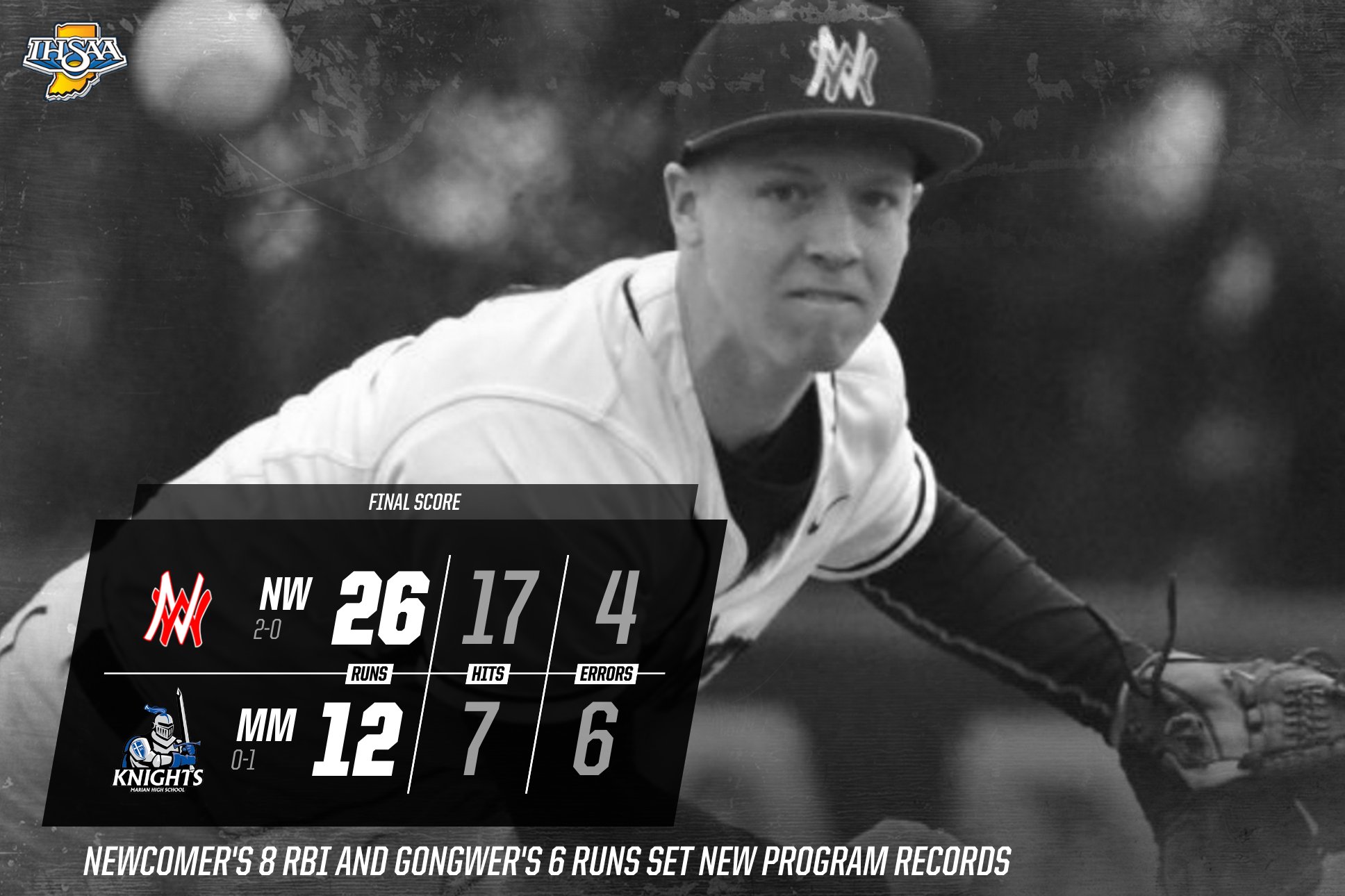 Gage Gongwer had the hot hand on Tuesday, tallying four hits and leading NorthWood Panthers to a 26-12 victory over Mishawaka Marian. Gongwer doubled in the second, singled in the third, singled in the fifth, and doubled in the sixth. All the while breaking a school record for scoring 6 runs in the game. A record that stood at 5 runs which had been tied a few times (B. Rhoade 1988, K. Lehman 2005, Jay Sheets 2007, D. Yoder 2010).

NorthWood Panthers notched six runs in the seventh inning. The rally was led by walks by Gongwer and Hunter Lechlitner, by Nate Newcomer, a groundout by Trever Klotz, and an error on a ball put in play by Karson Kirby.

Jacob Raasch was credited with the victory for NorthWood Panthers. The pitcher lasted two innings, allowing two hits and two runs while striking out two. A number of pitchers entered the game as relief, with Logan Balasa, Isaac Roberts, Kirby, and Stankovich all securing outs and ultimately the victory.

The Panthers return to action Monday, April 12th when they host West Noble.

“Powered by Narrative Science and GameChanger Media. Copyright 2021. All rights reserved.” Any reuse or republication of this story must include the preceding attribution.