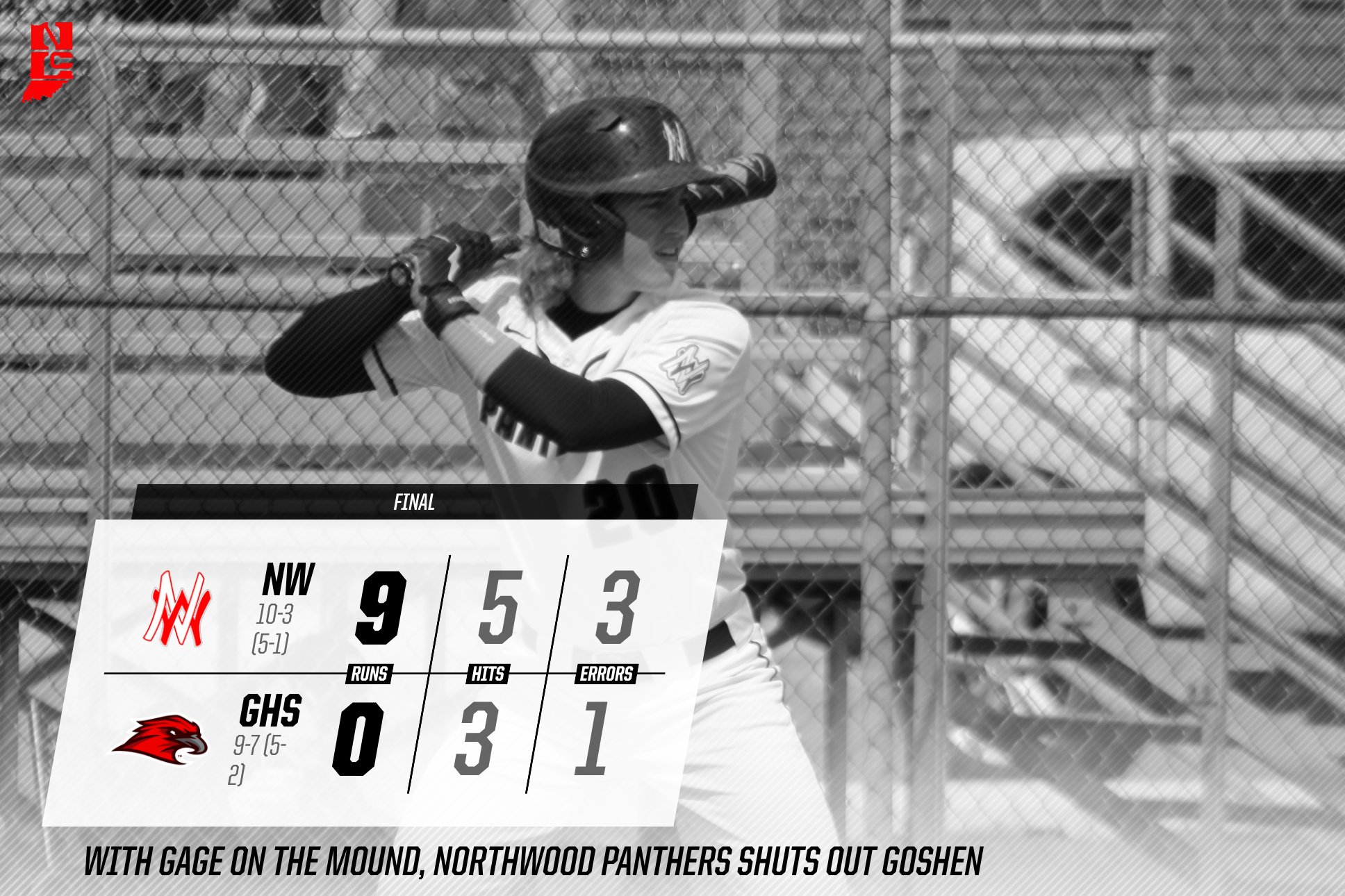 Gage Gongwer had all the right stuff on Monday for the Panthers, allowing zero runs and besting Goshen by a score of 9-0.

NorthWood Panthers secured the victory thanks to seven runs in the sixth inning. Nick Lechlitner, Isaiah Yoder, Kyle Sellers, and Sergio Lira Ayala all contributed in the big inning with RBIs. Lira Ayala blasted his 4th home run of the season during the inning.

The righty, Gongwer, lasted seven innings, allowing three hits and zero runs while striking out seven and walking one. It was Gongwer’s first recorded Varsity win on the mound. He stands 1-2 on the year with a team best .712 ERA as a starting pitcher.

“Powered by Narrative Science and GameChanger Media. Copyright 2021. All rights reserved.” Any reuse or republication of this story must include the preceding attribution.