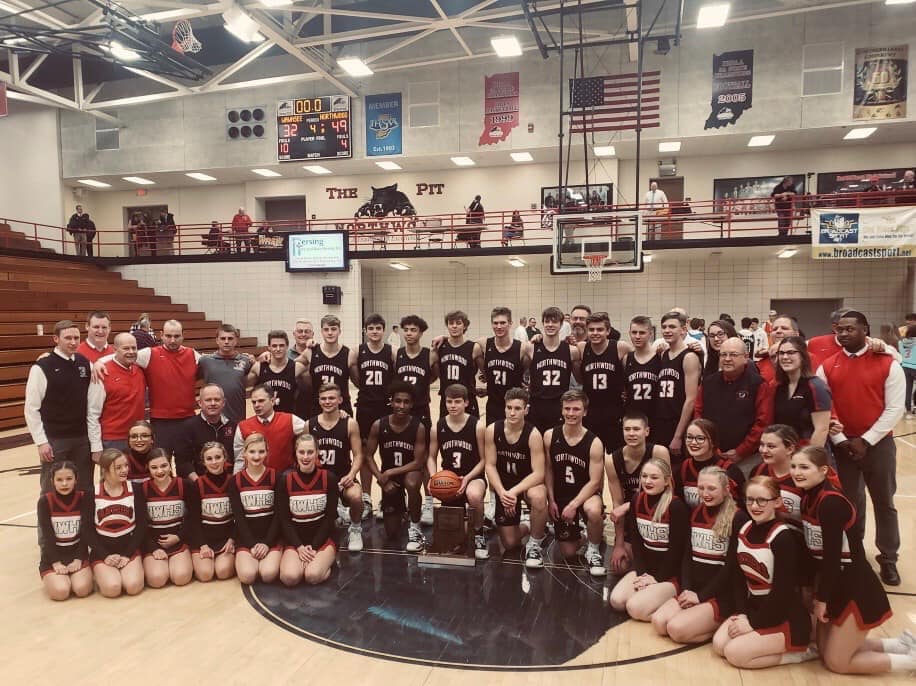 The NorthWood Panthers are Sectional Champs! They defeated the Wawasee Warriors 49-32 at the Panther Pit. The Panthers set the tone early with 9 straight points from 3 three point shots from Junior Ben Vincent.

The Panthers showed great poise and discipline all night. For three and a half quarters they were without leading scorer Trent Edwards. However, NorthWood rallied around one another and continued to play relentless defense.

Brock Flickinger was one who set the tone defensively by causing havoc in the backcourt. He would finish the night with 3 steals while dishing out 4 assists. Flickinger would also put up 8 points in the effort.

As mentioned before, Ben Vincent was showing a lot of confidence from behind the arc early. Vincent would finish with 16 points to lead the Panthers. He also grabbed 3 rebounds.

It was a great night in the Pit! The Wa-Nee community really showed up!

The Panthers will play next Saturday at 10am in New Castle vs Norwell. Pay attention to more information to come out in the coming days about tickets!