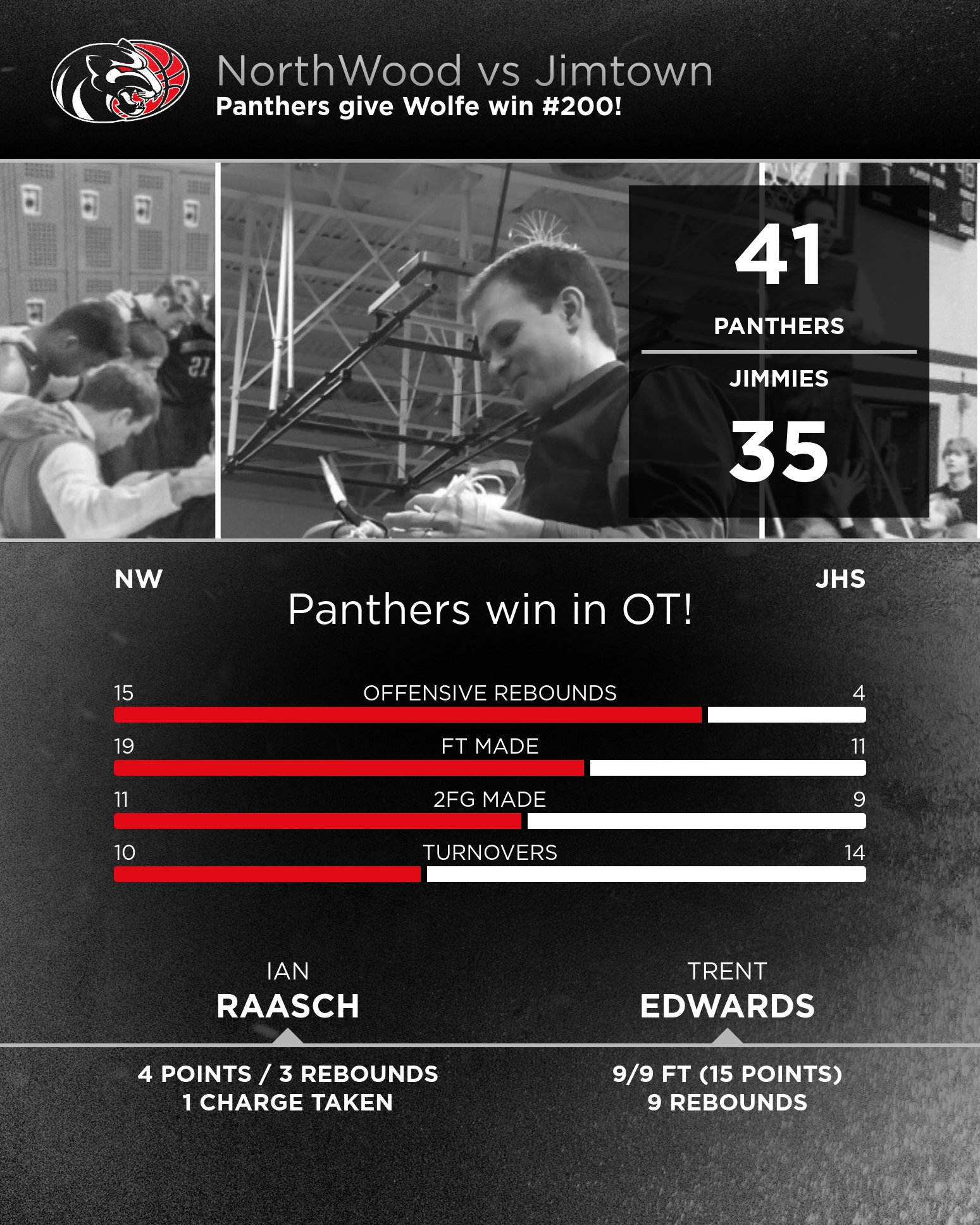 For those who attended tonight’s game, they got their money’s worth. Much of the first half was led by Jimtown. NorthWood would not gain the lead until midway through the 3rd quarter. NorthWood would be up one at the end of the 3rd quarter. After the fourth, the game was knotted up at 33 and would be decided by an extra period. A Trent Edwards jumper would give the Panthers the advantage in OT and they would not look back.

Trent Edwards finshed with 15 points (9/9 at the FT line). He also led the team in rebounding with 9 total rebounds. Jason Borkholder would have 10 points and 8 rebounds. Cooper Wiens would be solid on defense holding Jimtowns best player to one FG while he defended him. Ian Raasch was all around productive in his minutes on the floor. He was 1/2 shooting but knocked in 2 FT. He also finished with 3 rebounds and drew a huge charge.

Coach Aaron Wolfe would earn his 200th win for his coaching career. All of which has been done at NorthWood.