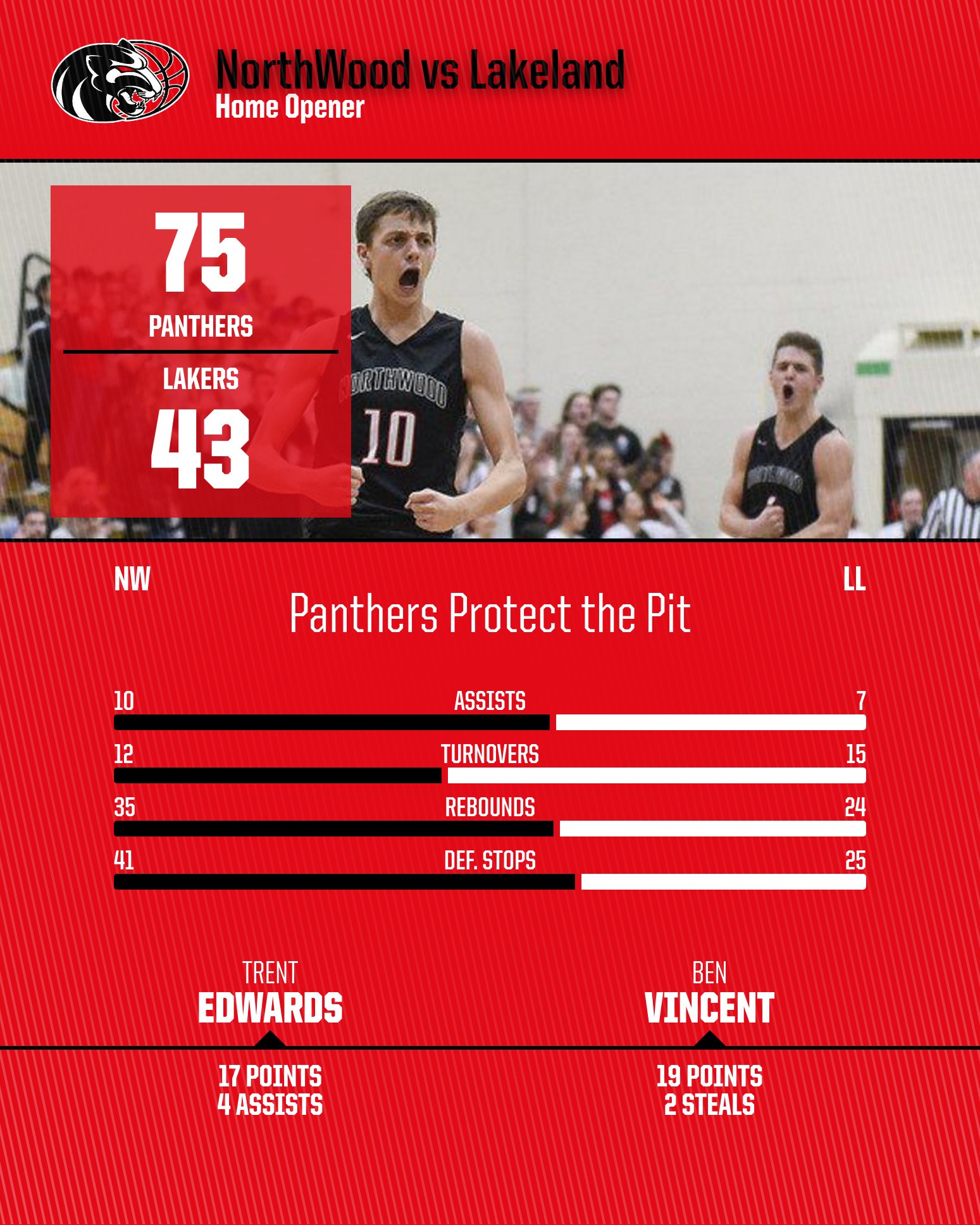 It was opening night of the 50th year on the Pit floor. The night was special but it was very different. Former Panther Coach Dick Campbell was not in his usual seat a few rows up above the Panther bench. Dick Campbell passed away this week and his memory was recognized prior to the tip. Though he was not present in bleachers, there was no doubt he now has the best seat in the house going forward.

Like Coach Campbell and many of those who witnessed tonight’s contest, there were a few new faces on the floor. For much of the game, it was a combined effort of more than 8 Panthers throughout much of the night. Many of whom were seeing varsity action for the first time. Newcomers like the sophomores, Jamarr Jackson and Cooper Wiens. Jackson snagged 4 rebounds with 4 points while Wiens had 5 points, 4 rebounds, and 4 steals. Freshmen Ian Raasch and Cade Brenner showed flashes as well logging over 18 minutes between the two. Raasch would chip in 7 points in the winning effort. Senior Josh Stratford saw spirts of time last season. Tonight, Stratford was a spark off the bench grabbing 3 rebounds and creating 3 turnovers off his 3 deflections.

Much of the night, however, was in control by the seasoned veterans of Brock Flickinger, Ben Vincent, Trent Edwards, and Jason Borkholder. Brock Flickinger finished with a steady line of 2 buckets, 4 rebounds, 3 assists, and 4 steals. Jason Borkholder had 13 and 5 rebounds. Trent Edwards put up 17, 4 assists without committing a turnover, and blocked 3 shots. Ben Vincent was the leading scorer with 19 points.

The Panthers will look to take the show on the road to Muncie this weekend for the Bud Brown Classic. First game will be at 2pm vs Heritage Christian.

From Panther Basketball, thank you. We wish everyone a safe and happy Thanksgiving!