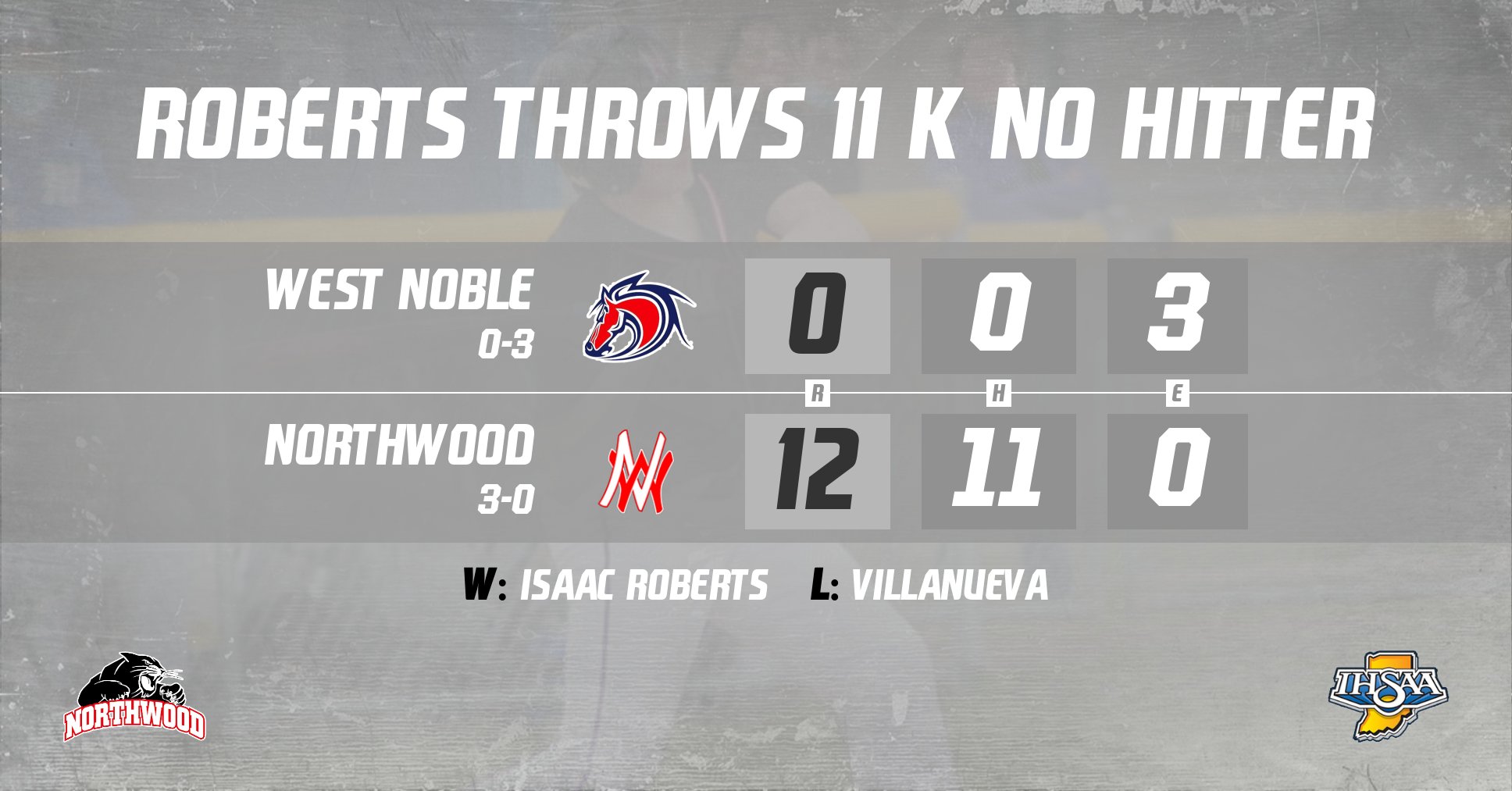 Isaac Roberts was brilliant on the mound on Monday, as Roberts threw a no-hitter to lead NorthWood Panthers past West Noble 12-0.

Isaiah Yoder led NorthWood Panthers to victory by driving in four runs. Yoder went 3-for-3 at the plate. Yoder drove in runs on a single in the second, a double in the third, and a single in the fourth.

Roberts was the winning pitcher for NorthWood. The righty lasted five innings, allowing zero hits and zero runs while striking out 11. Roberts, along with battery-mate Beau Stankovich received game Back honors. Stankovich called a masterful game behind the plate for the Panthers.

NorthWood returns to action on Friday as Senior Landon Kemp takes the mound vs visiting Fairfield.