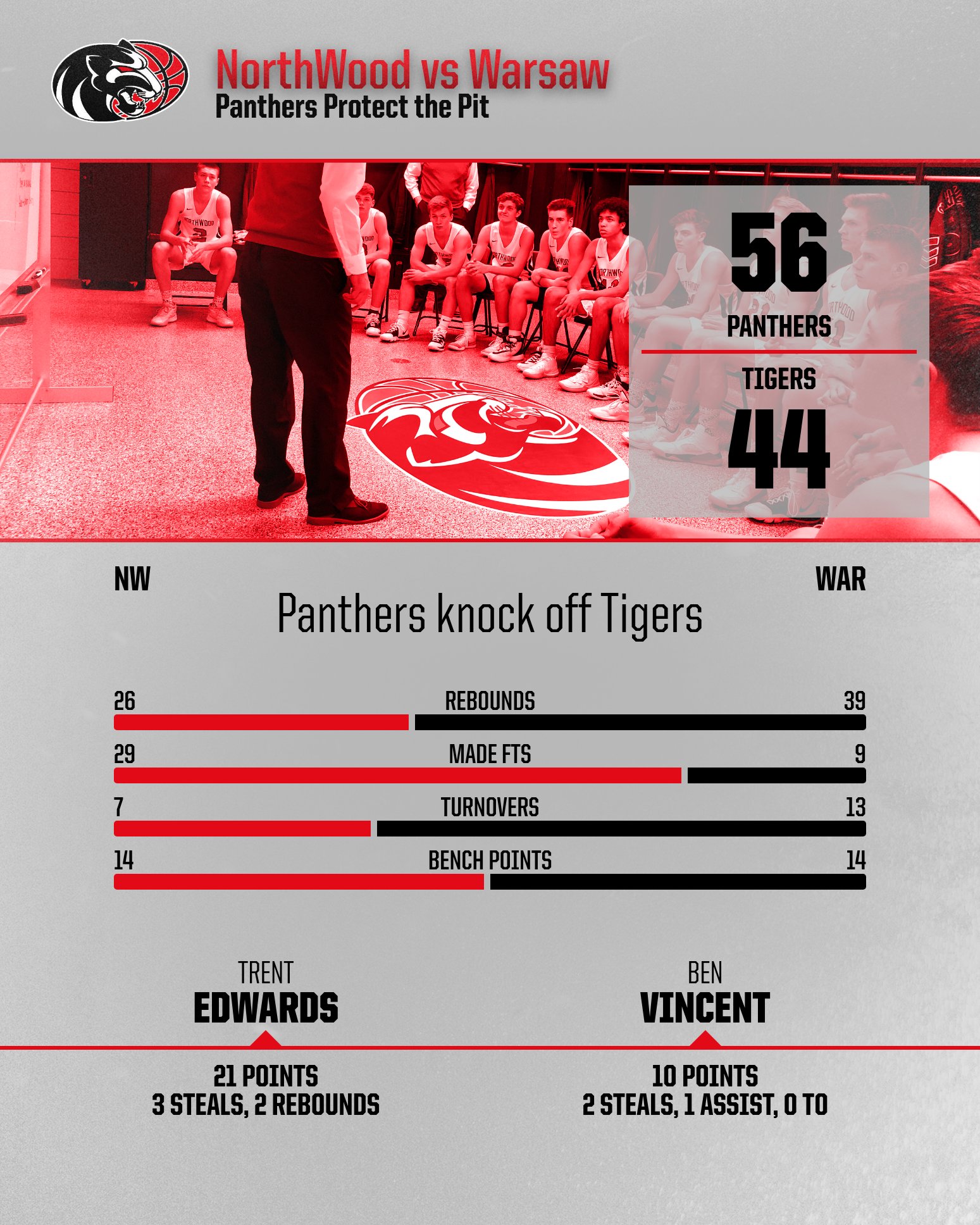 The Panthers found themselves down 0-3 initially in the contest but a Trent Edwards free throw and next possession bucket tied it up. Warsaw would find themselves going empty in 6 consecutive possessions but still found a way to tie the game at 5 all. However, it was a Panther surge to finish the 1st quarter up 12-7 and never lose the lead again.

The stifling defense forced the Tigers to shoot from the outside where they finished the evening 3/26 from behind the arc. Meanwhile the Panthers attempted to penetrate the length of Warsaw’s defense to go to the line for most of the night. The Panthers were 29/44 from the charity stripe on the evening. Twenty-four of the free throws came in the 4th quarter.

The Panthers were led in scoring by Trent Edwards with 21 and 3 steals. Brock Flickinger and Ben Vincent each had 10 points. Freshman Ian Raasch chipped in 7 off the bench in 14 minutes played while also grabbing 5 rebounds. Senior Jason Borkholder returned to action with a monster dunk in the 3rd quarter and knocking in 4/5 free throws.