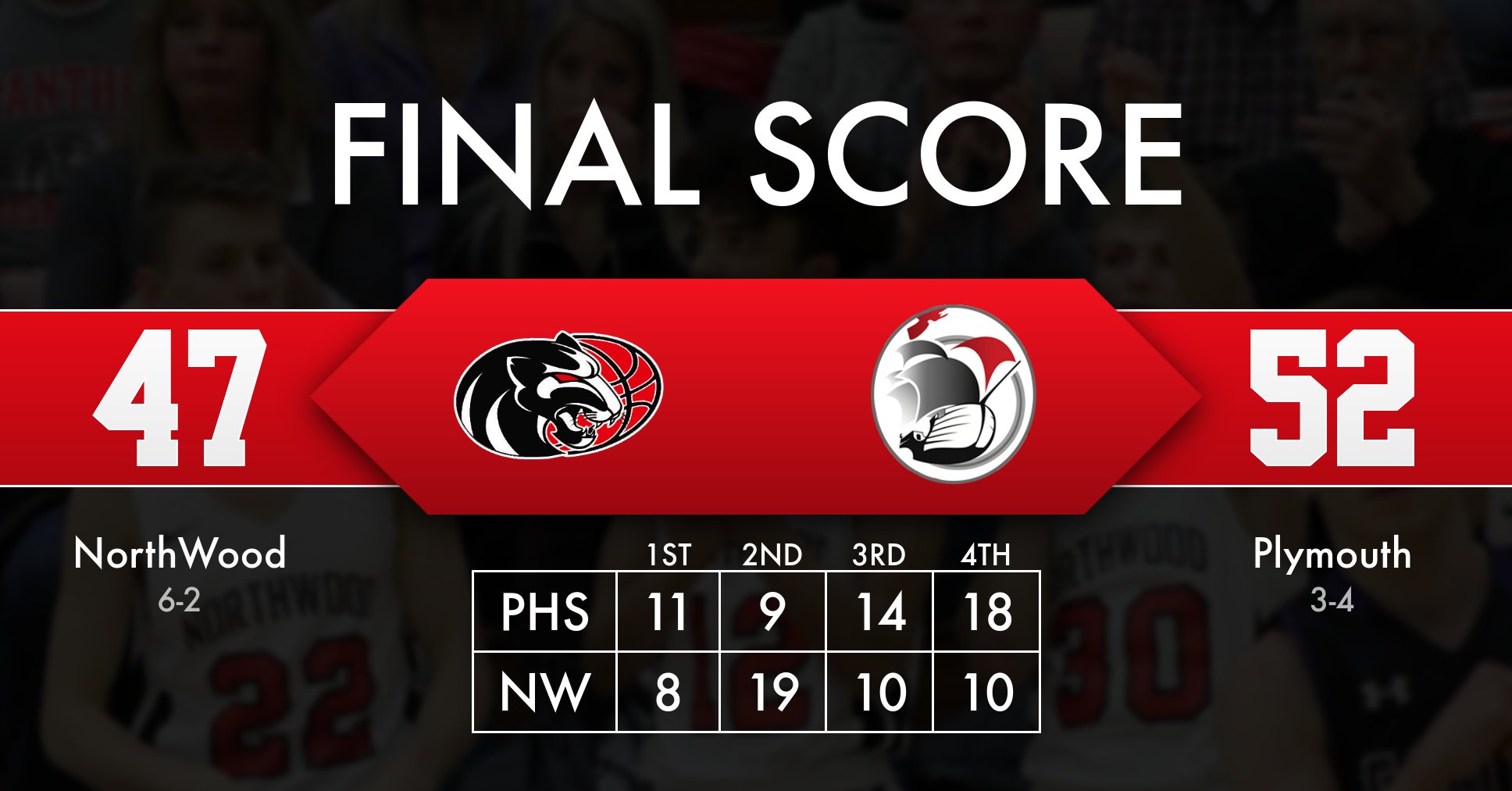 The Panthers were able to get a 17-0 run late in the 2nd quarter, but were unable to keep the pressure on Plymouth for four quarters.

The Panthers were down early and were able to get ahead as much as ten before a last second 3 ended the first half. It was a scoring spree in the first 3 minutes of the 3 quarter that gave Plymouth the lead. It would be back and forth until the end of the 3rd.

The Panther would enter the 4th with a 3 point advantage. However the 4th quarter was very much controlled by the Pilgrims. Hot Pilgrim shooting and empty possessions by NorthWood would give Plymouth the win in the end.

NorthWood was led in scoring by Trent Edwards with 18 and Jamarr Jackson with 14.