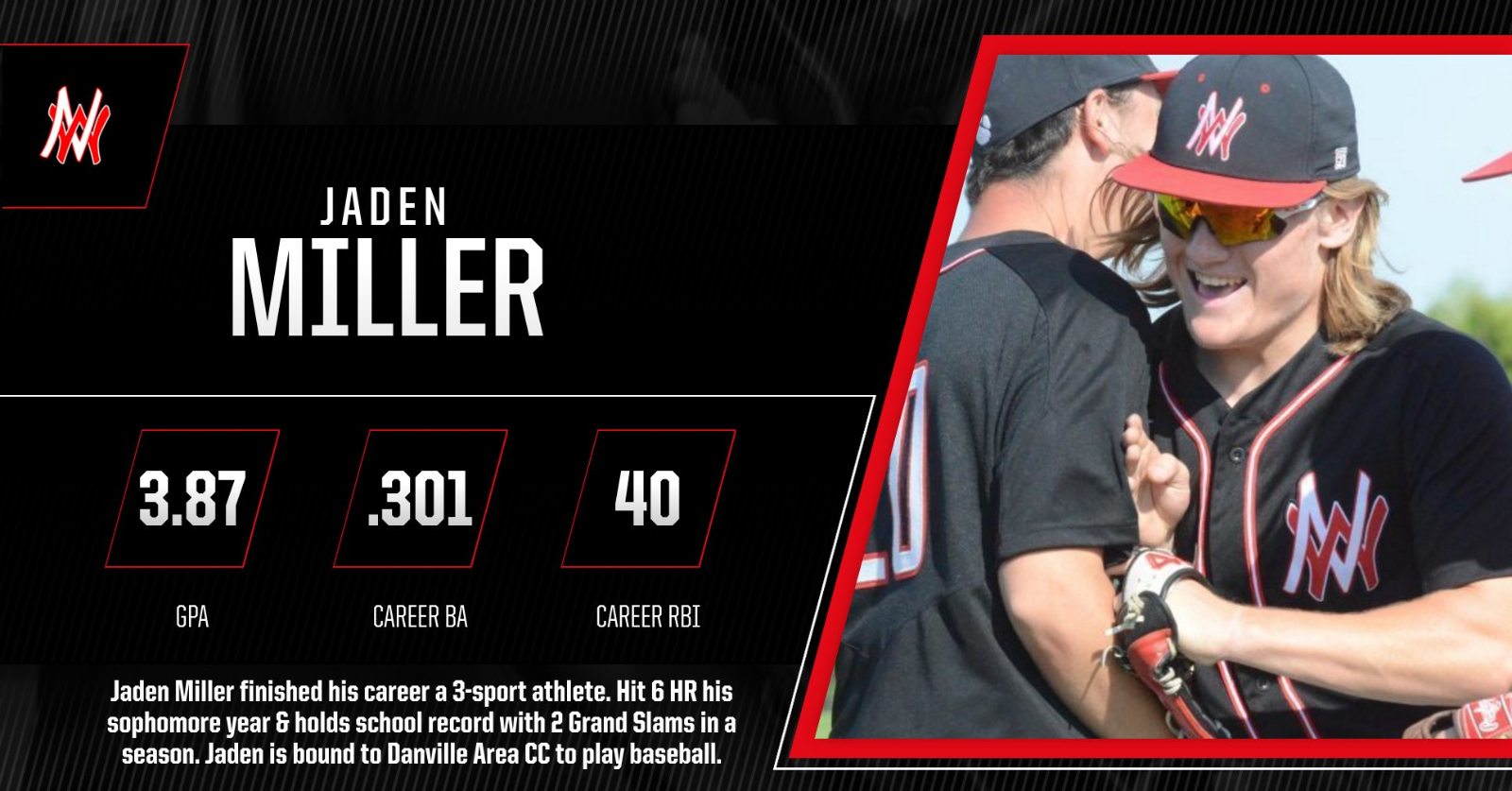 FAMILY: Son of Danny and Jodi Miller of Nappanee. Jaden has two brothers, Ethan and Deven.

ATHLETICS: Jaden was a 3-sport athlete. He played football, baseball, and wrestled. 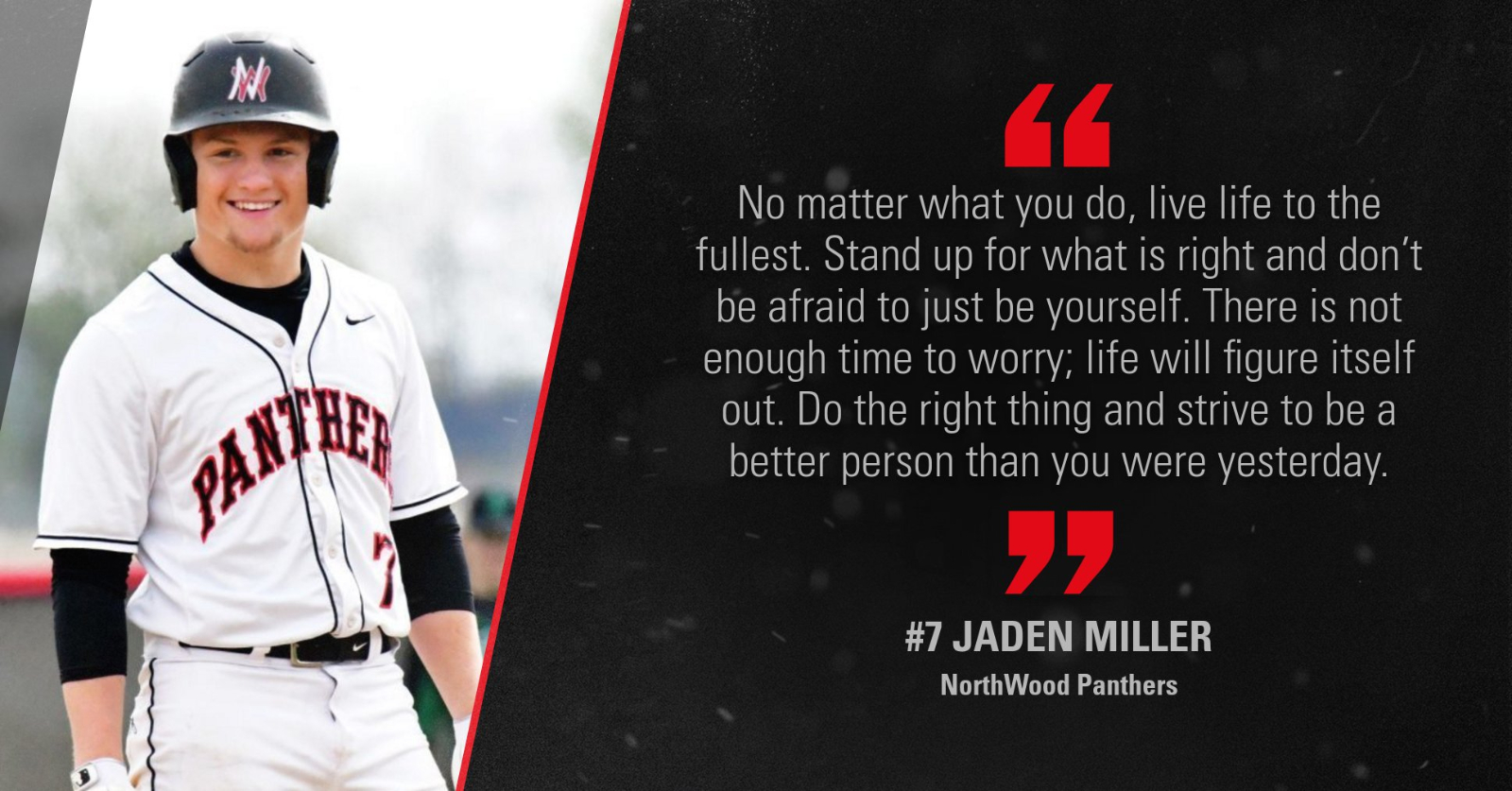 WORDS FROM COACH: Jaden Miller… The kid can flat out play. The kid can flat out lead. The kid can flat out have fun! He is without a doubt one of the most contagious kids in the room. You feel his energy on and off the field. In baseball, there is not a tool in his game that he is lacking. Literally won us an NLC and Sectional with his arm in right field his Sophomore year. Hit 6 home runs that year and holds the school record for grand slams in a season with 2. His Junior year he was hitting over 500 for the first couple weeks of the season. He didn’t hit the home runs he did the previous year but hit over .300 for us that season. Jade dominated three sports. He was an all-state talent in all 3 of his sports. Most definitely could excel at any of them at the next level. We are thrilled to see where his journey takes him. 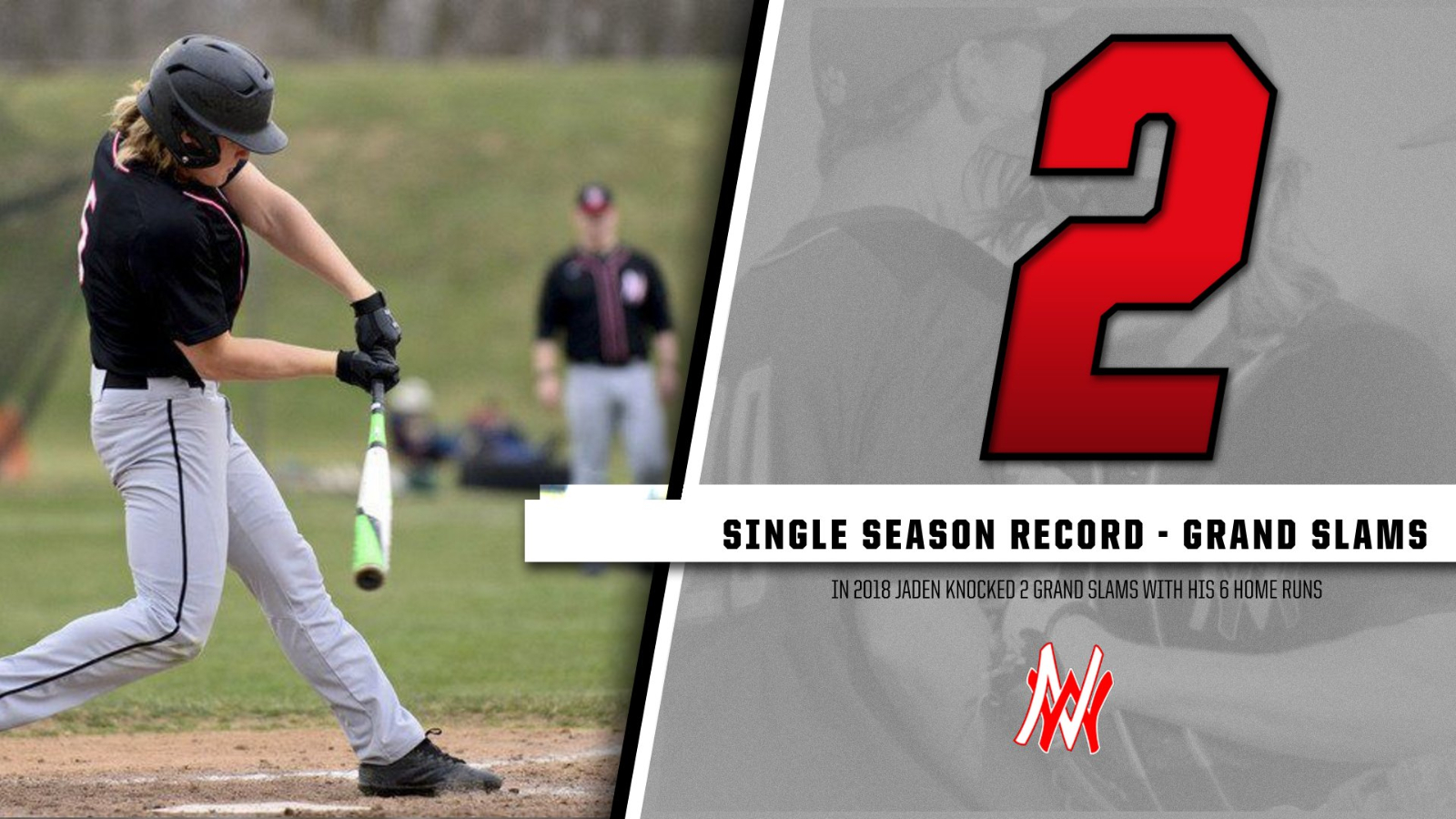 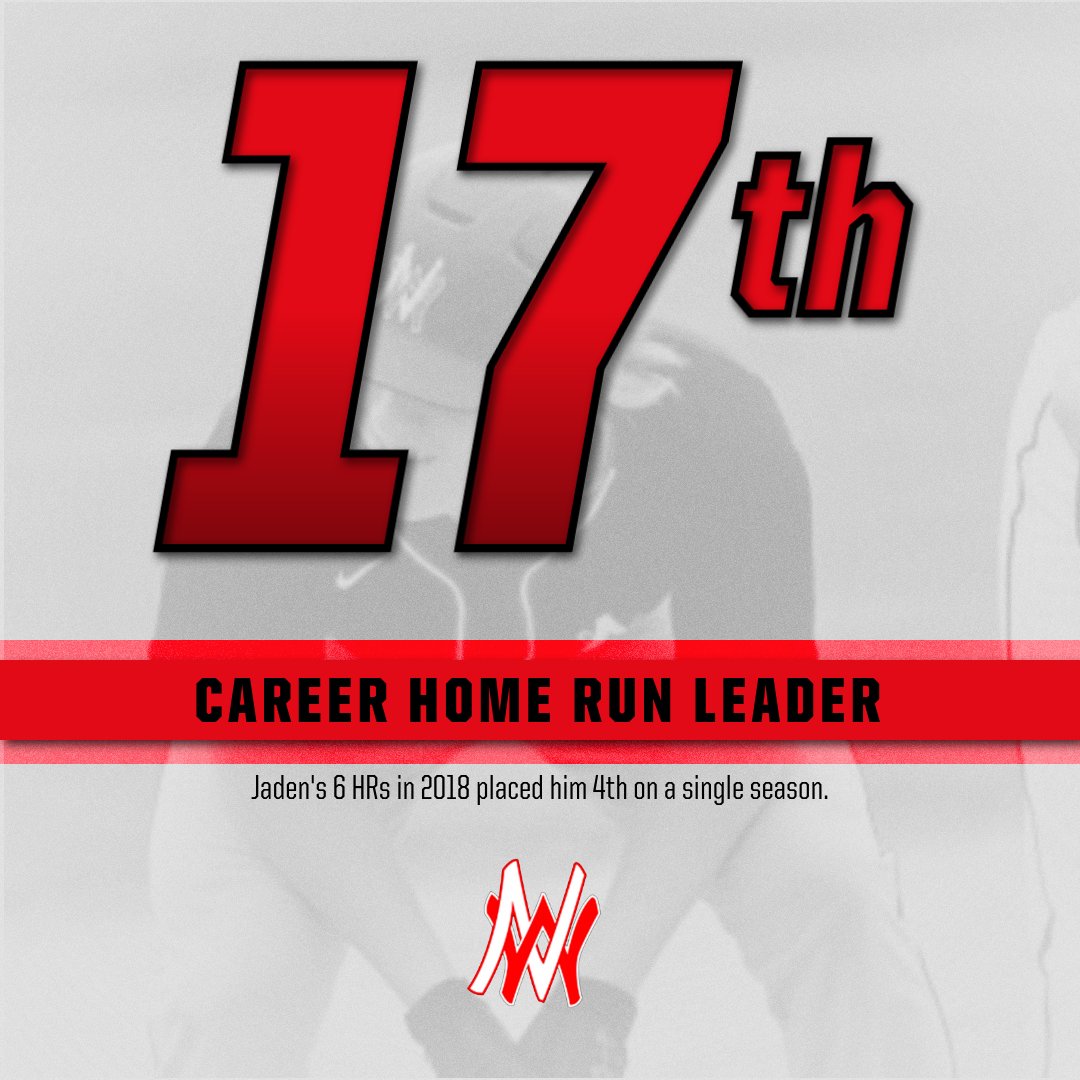