NorthWood Baseball would like to welcome Coach Shannon Baker to the 2019-20 staff. Coach Baker was named the Head JV Coach earlier this summer. He has already been around providing great leadership on the field and in the weight room during off-season workouts.

Coach Baker is a 2013 graduate of Northridge, playing for Coach Brabender. He was a two-time All-NLC First Team selection. He went on to play at Purdue-Fort Wayne (formally Indiana-Purdue Fort Wayne). After his redshirt year, he went on to start in nearly every game he participated in the next four seasons. He was named to the Summit League Academic Honor Roll twice, All-Summit League Second Team, and a two-time NYCBL All-Sar. 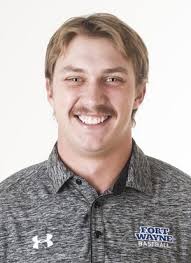